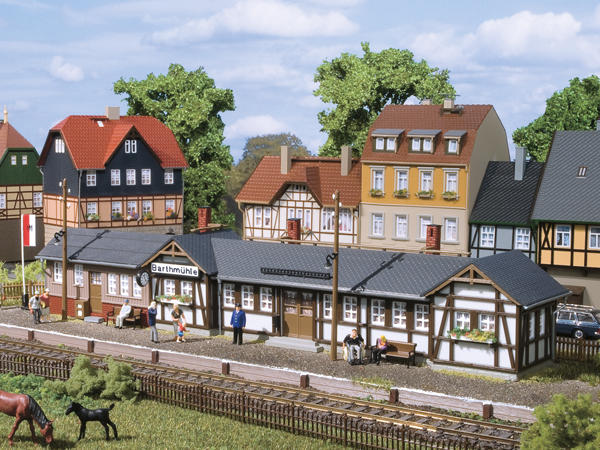 The building, which was constructed in 1935, is located on the railway route of Elstertalbahn Gera-Greiz-Plauen/Vogtland-Weischlitz, not far away from the Elster Valley Bridge. It is protected as architectural monument. This railway line was a major goods transport line after World War II because the towns and cities on the Weisse Elster River were major industrial locations. Long-distance trains to Czechoslovakia were also using this route. Cranking handle, clock and wastebasket are included.
Without platform.

When using track with built-in trackbed, compensate for the extra height with the base.
Authentic historical model