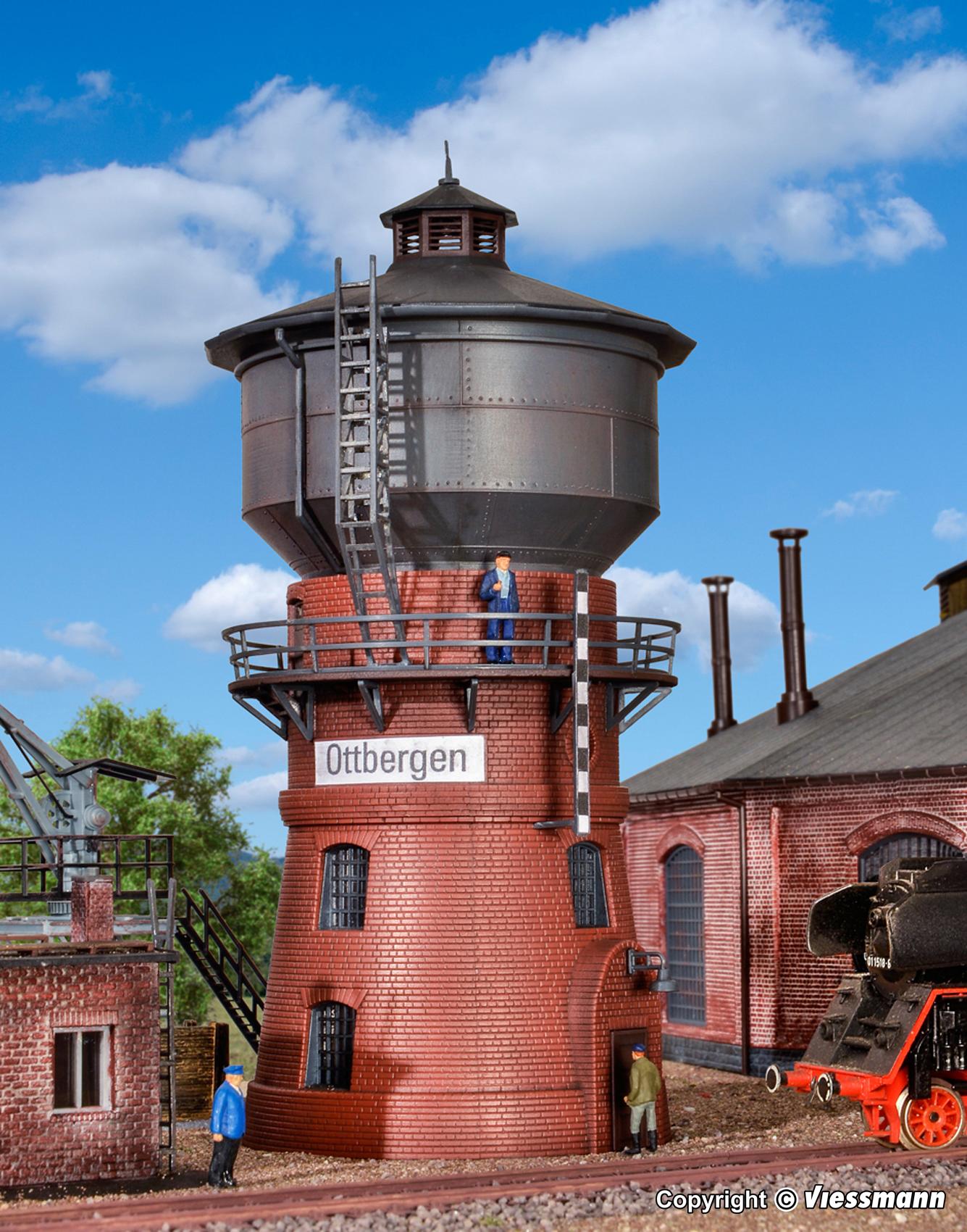 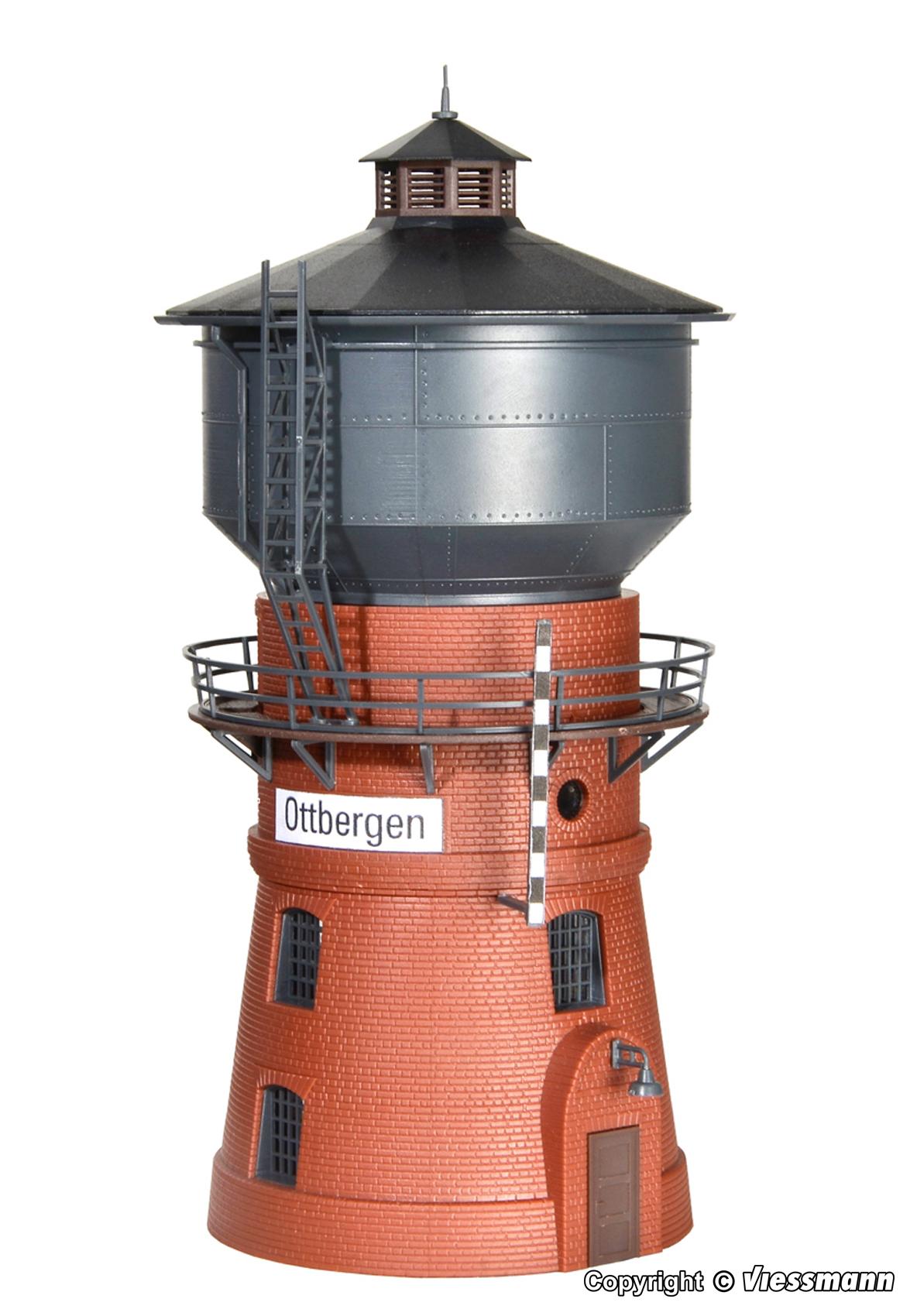 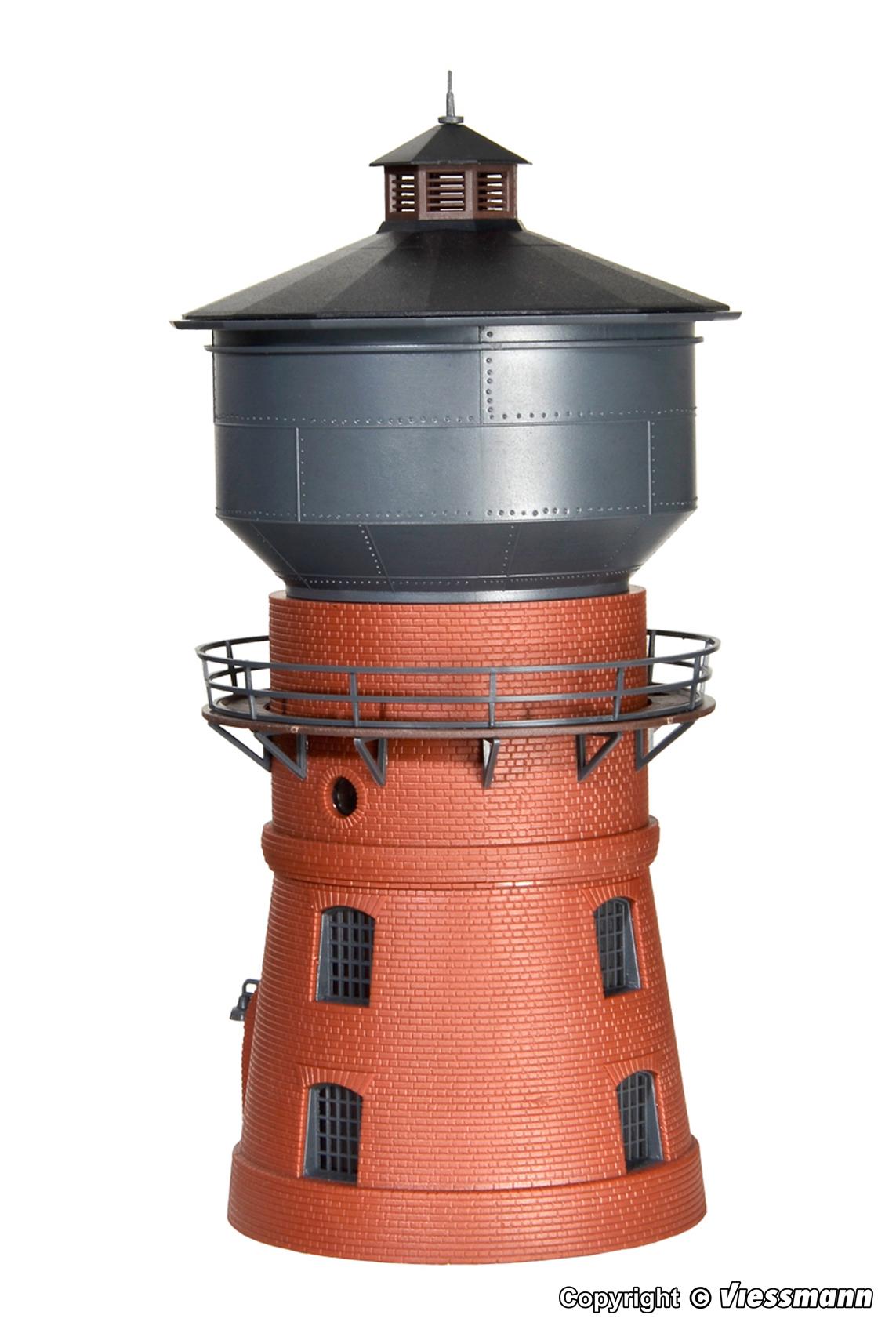 The Bahnbetriebswerk Ottbergen was indeed a rather small BW, but a very well-known and popular in the history of the steam locomotive time. For decades, it had a decisive location in the Weser area. In BW Ottbergen stood the model of this Kibri water tower. With its reddish brickwork, the downswelling ground floor and the circulation, from which a ladder leads up to the roof and the tank vent, it is one of those typical water towers that were built in many BWs before and after the turn of the century. The main component is the water tank, which had a capacity of 130 m³.

Scaled down to scale, he should stand on every model steam steam BW. 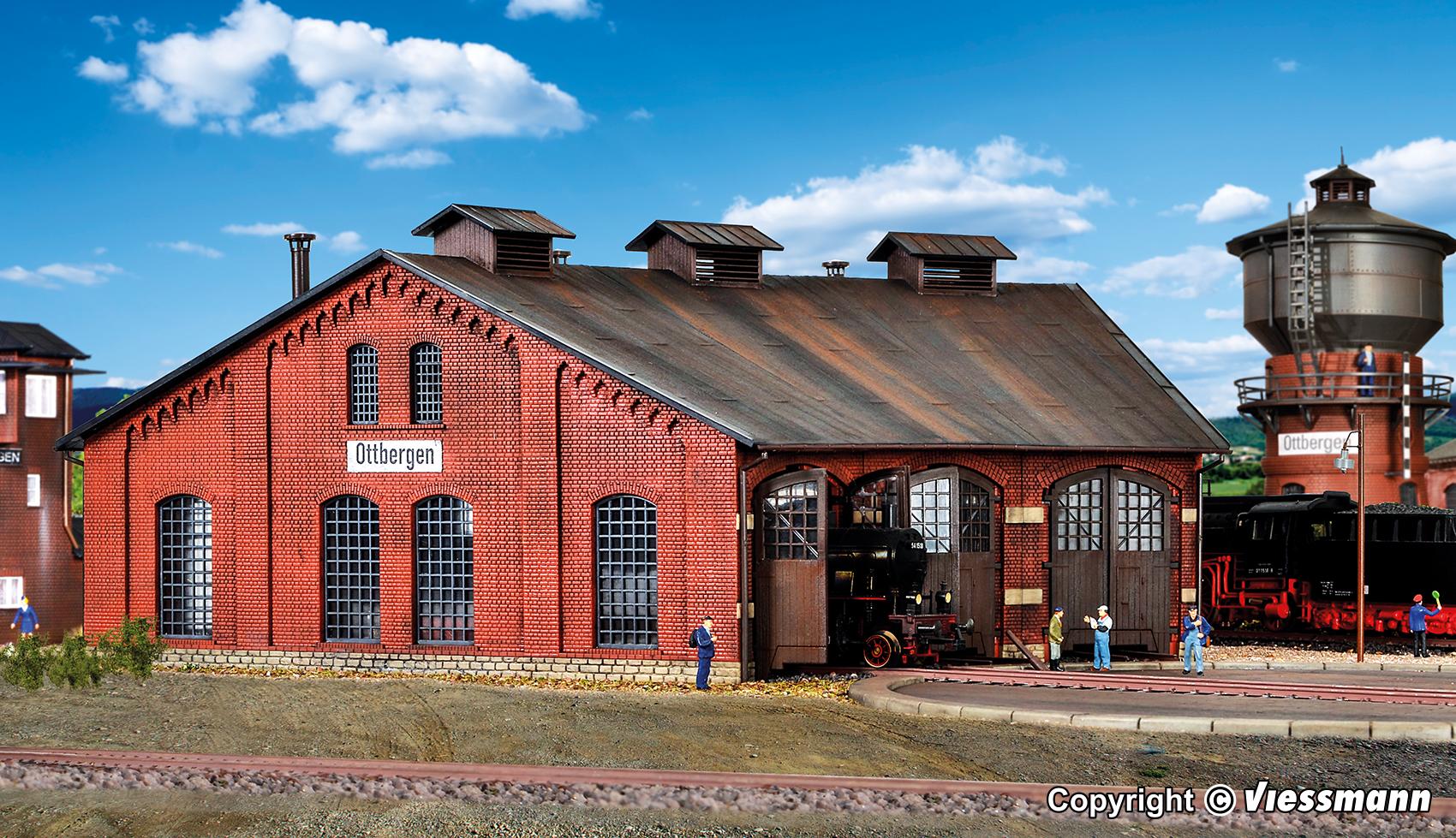 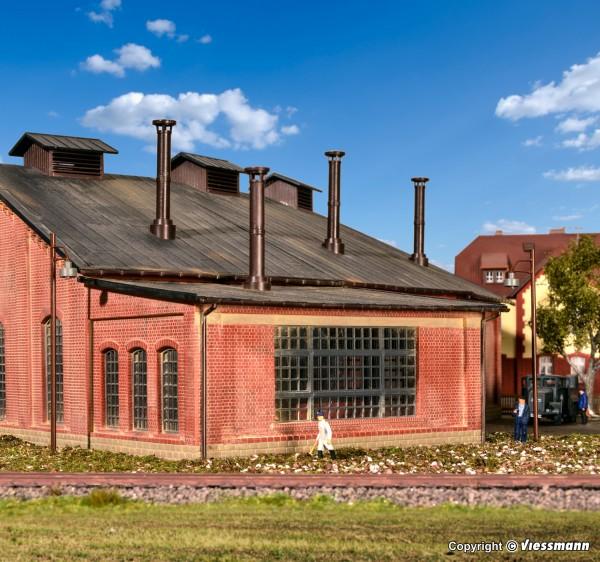 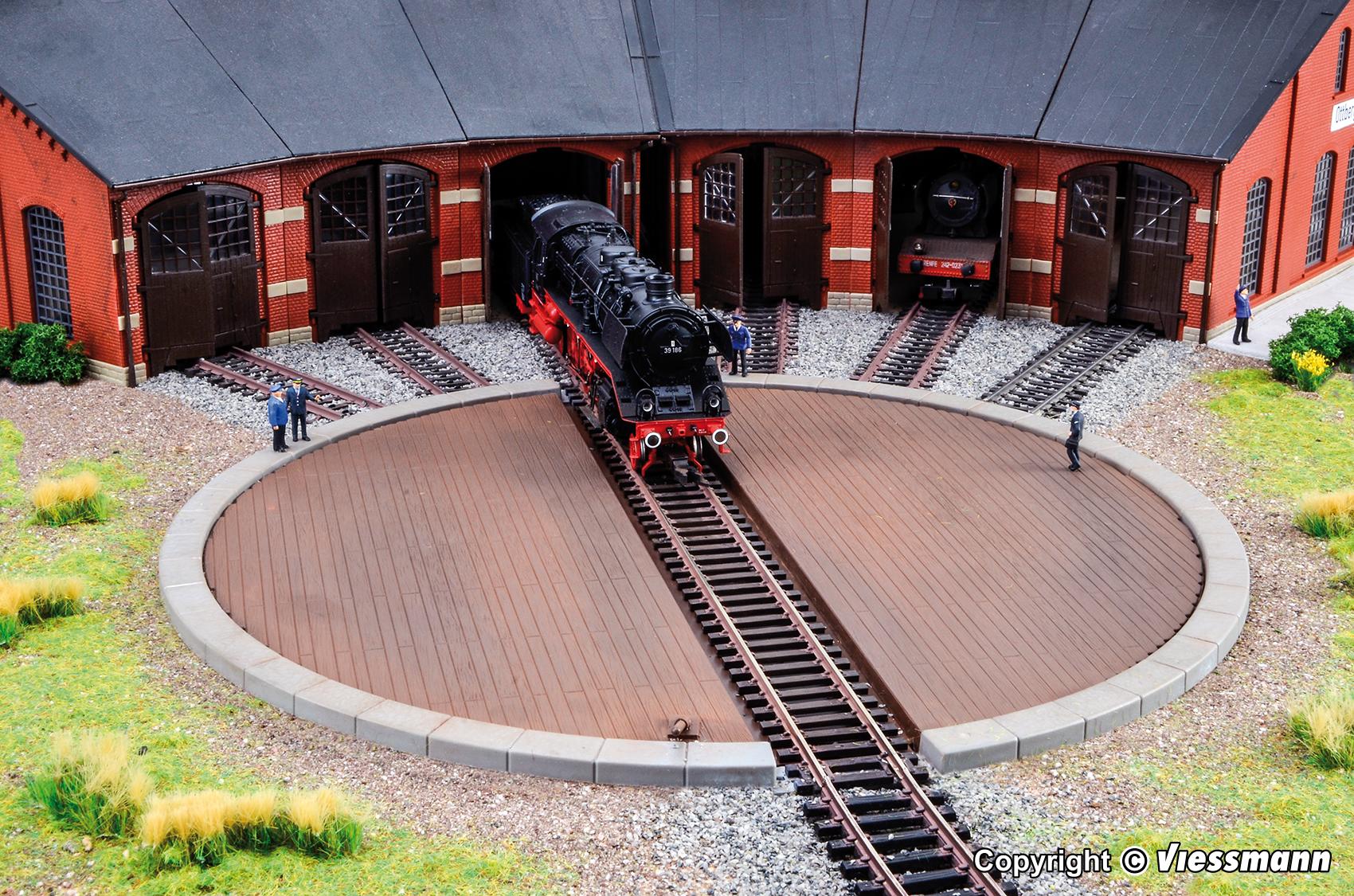