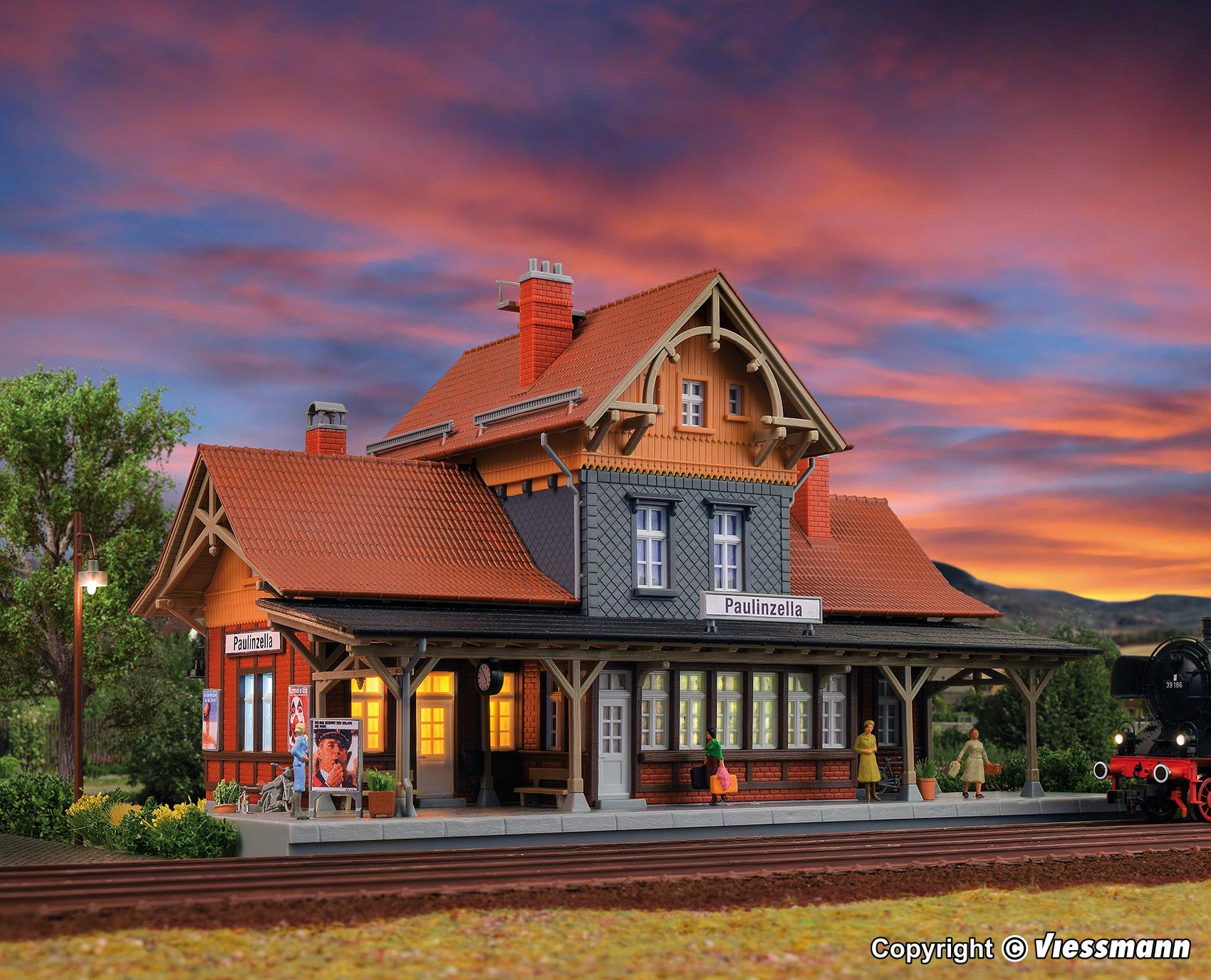 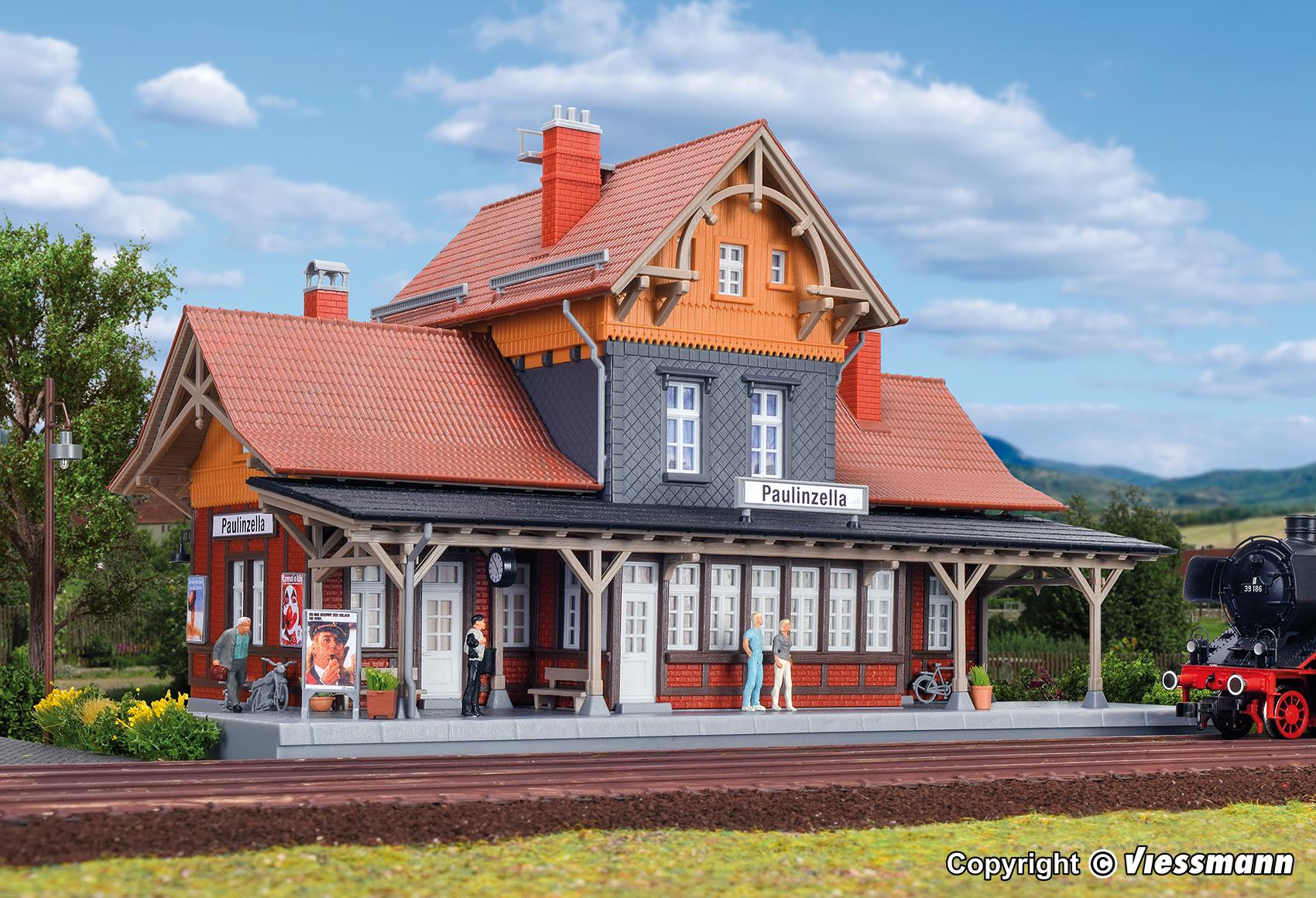 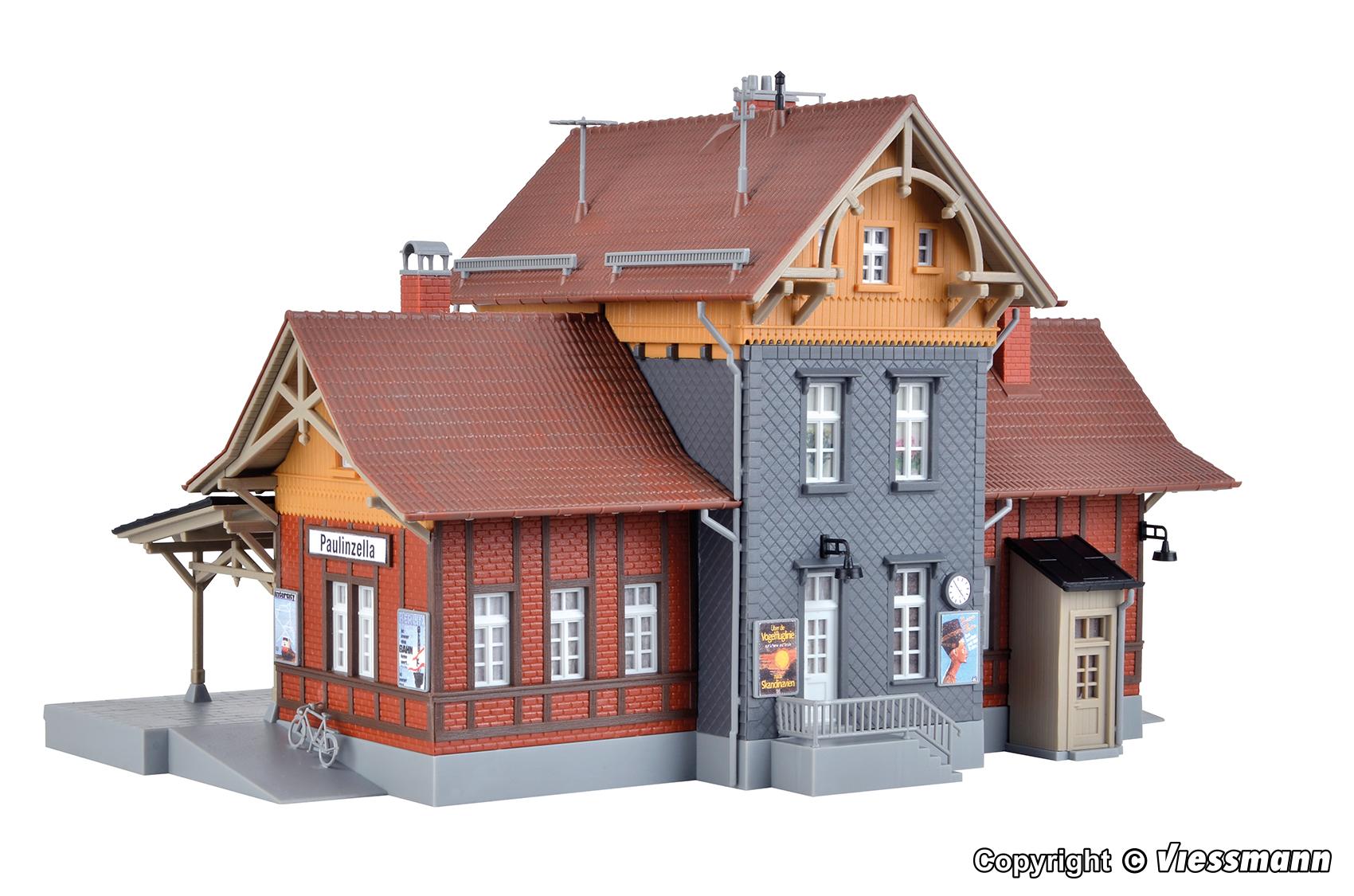 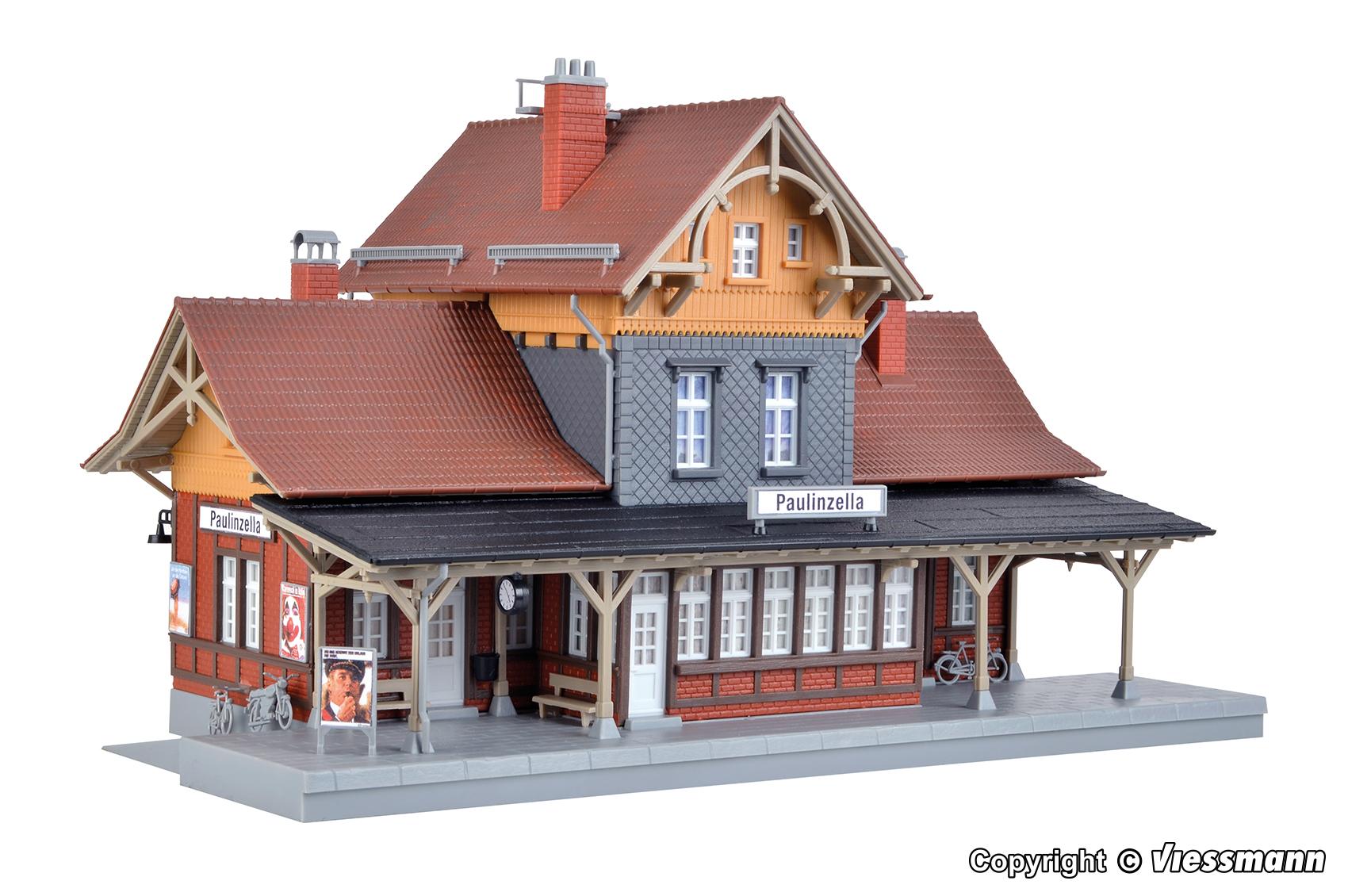 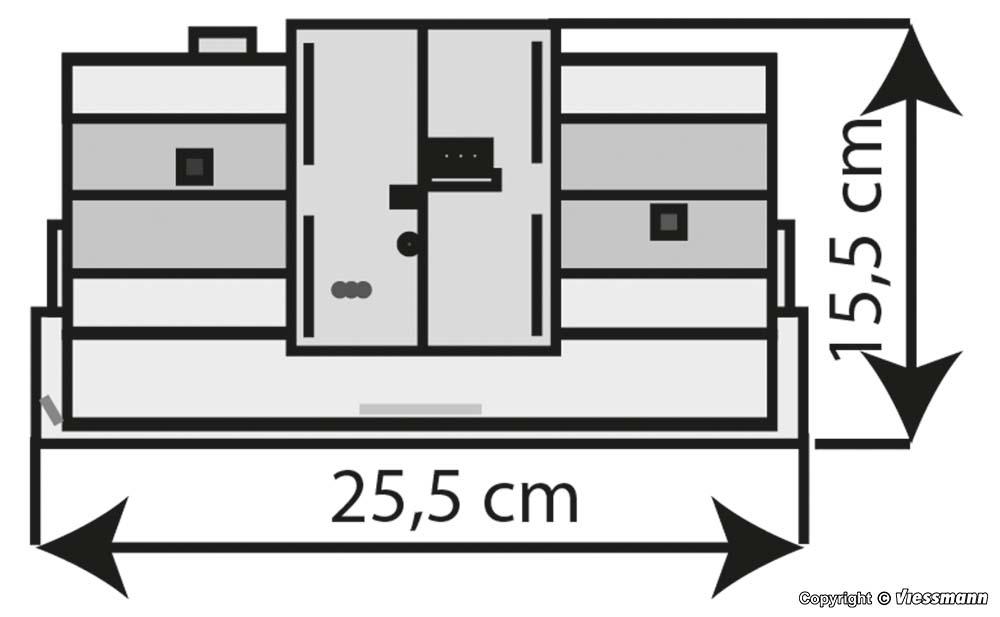 Most of the railway lines in Thuringia are still oeprating today. This is also true for the station buildings in prussian architecture and the related railway romantics of eras past. Certain structures along aminlines and branch lines are built according to some pricipal guidelines. The waiting room and the counters are typical examples of such rules. The same is true for the covered areas in front of the buildings the duty offices wiht adjacent freight sheds and adequate loading areas. Of course often the local situation required some modifications to the design: sometimes the floor plan was simlly mirrored or the size of certain rooms was increased. The descriptions are valid for the station buildings Paulinzella with a small good shed and a nostalgic waiting room. The original was discovered along the curveous mainline (from Saalfeld vai Blankenburg to Arnstadt where Paulinzella is near Stadtilm). The centre part of the building with a steep gable dominates the appearance with its slate cladding. The adjacent office and waiting room with small dimensions are in contrast to the main building. The uncovered brick walls between the timber framing are typical for this design. The original was built at the beginning of the 20th century. The Kibri model in H0 scale opens a large area of activity for anybody who is modelling the Länderbahn era. Of course this kit can also be completed with the appropriate accessories for any later era as well. 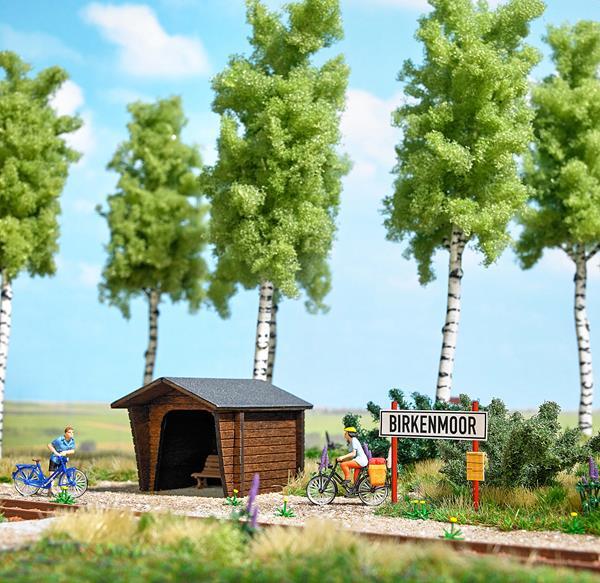 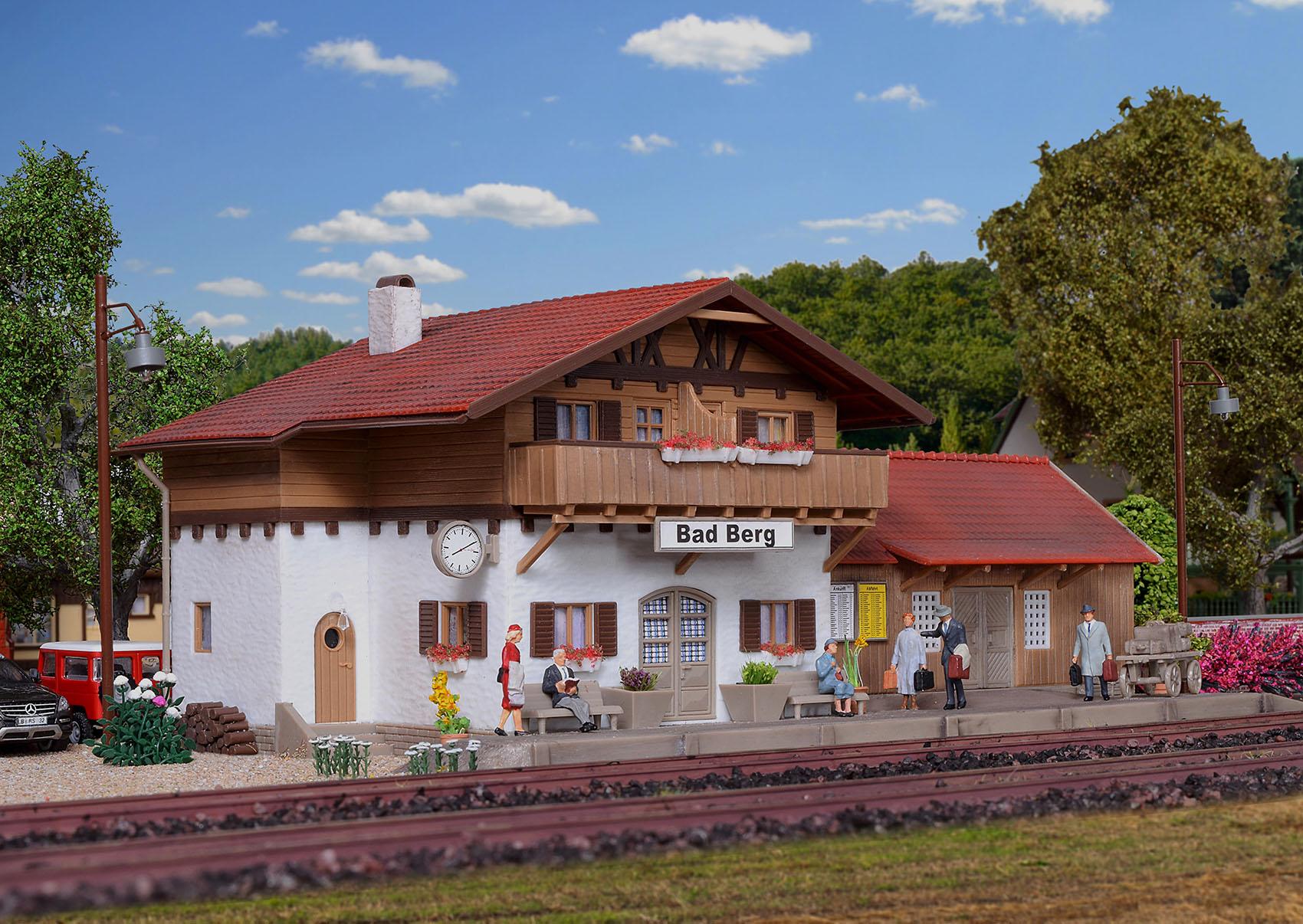 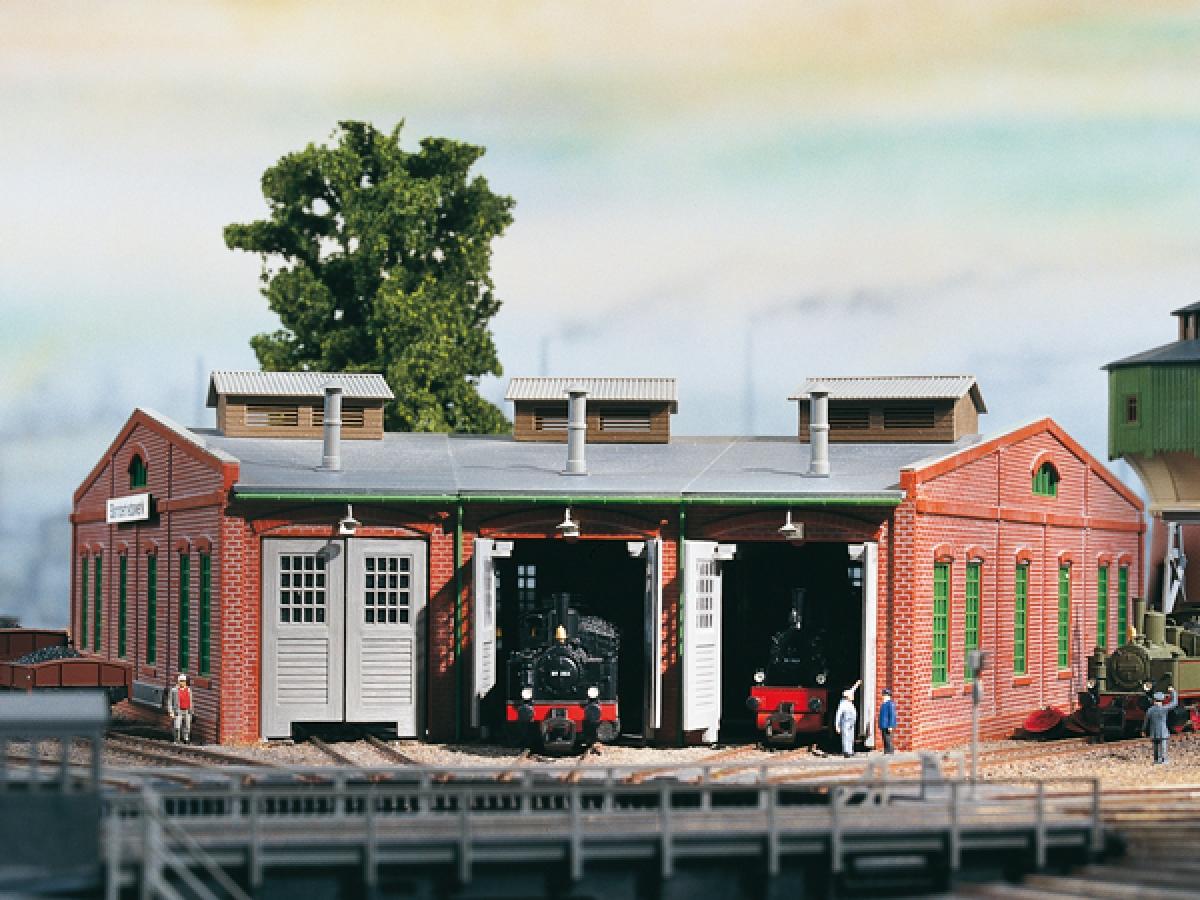 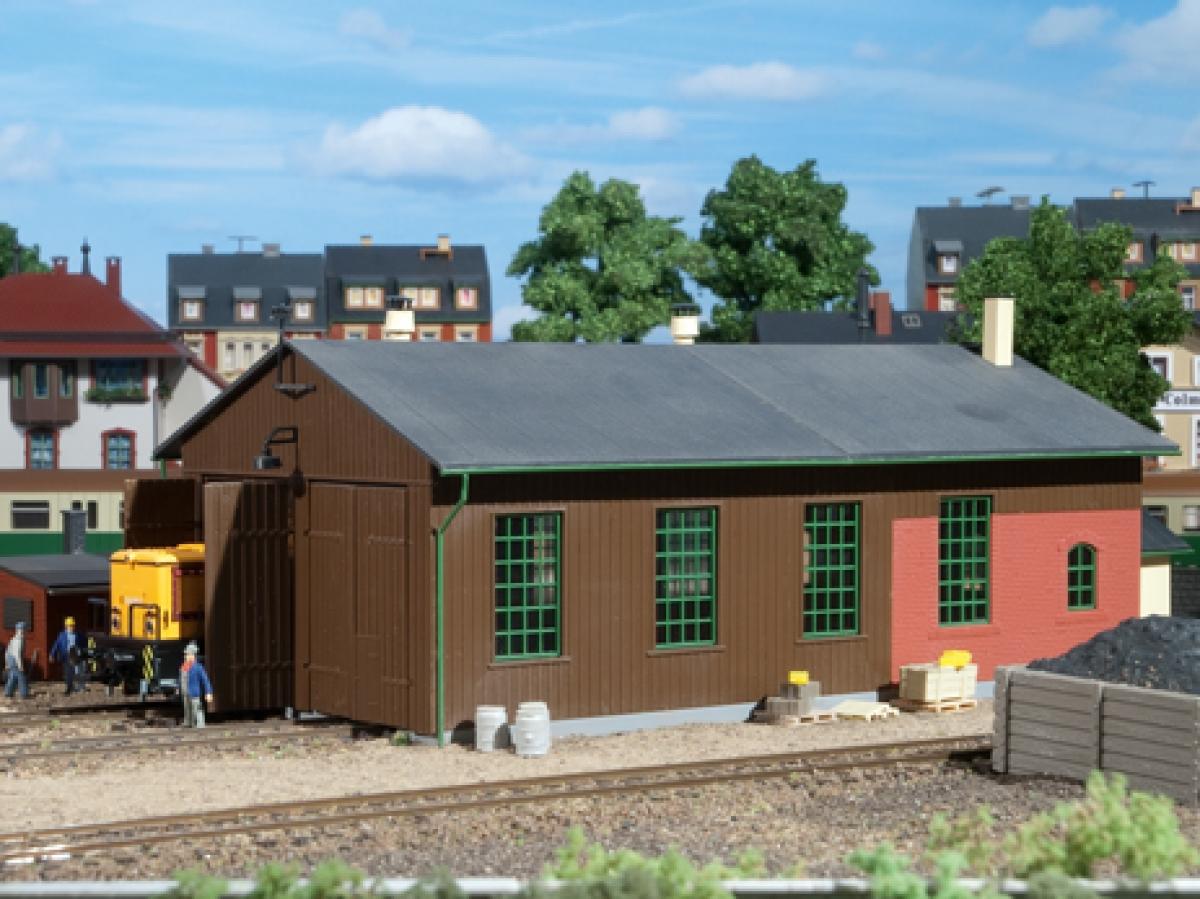 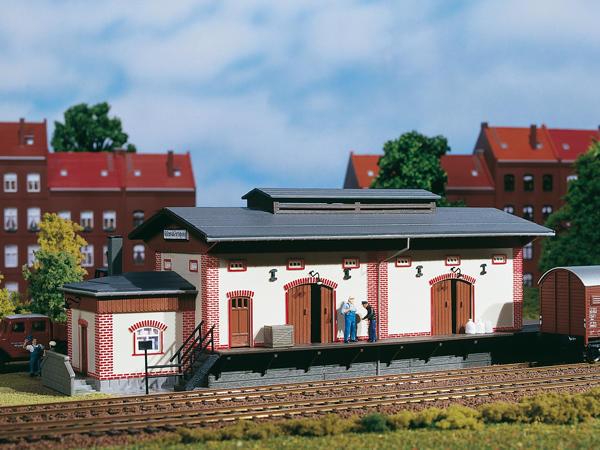 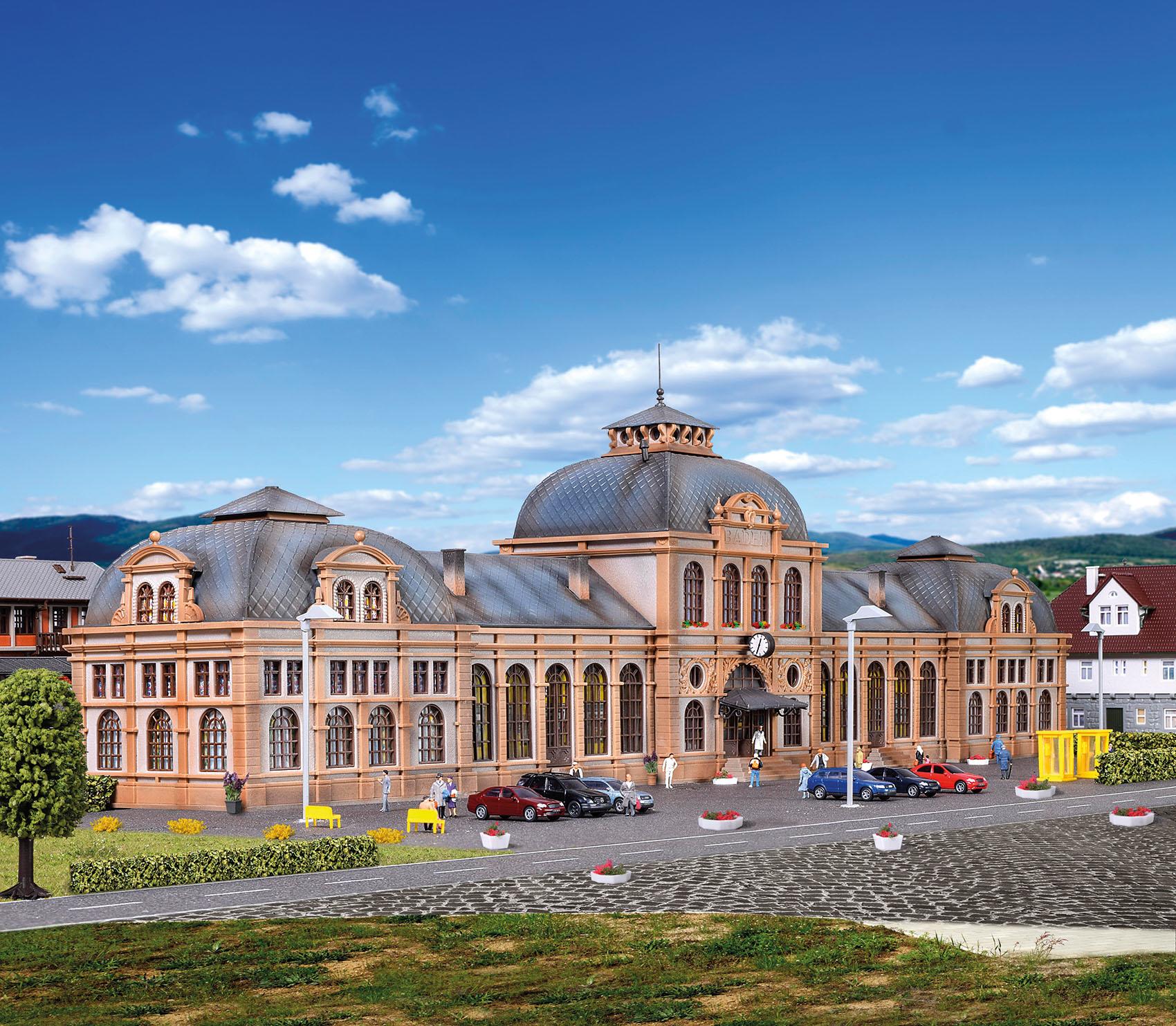 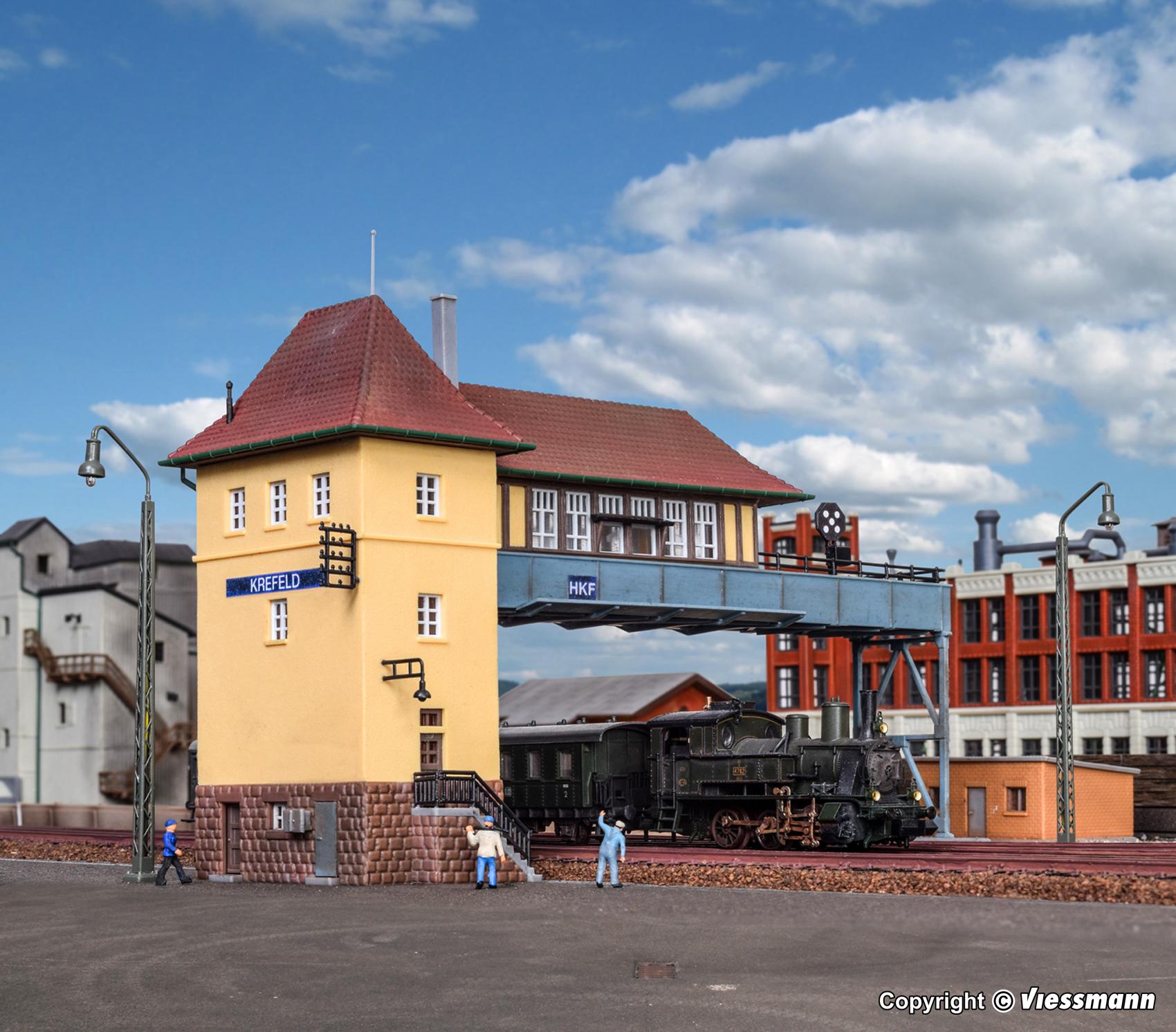 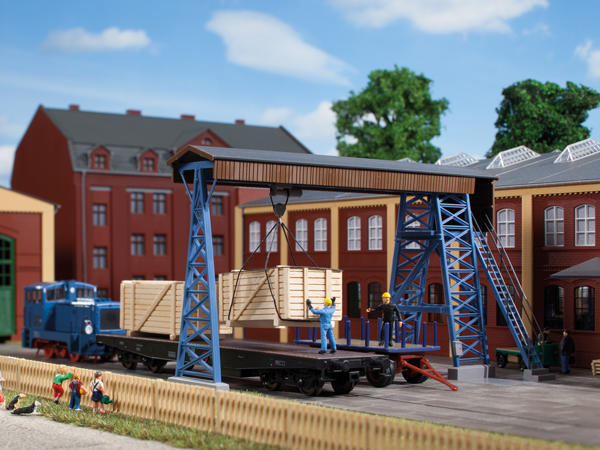 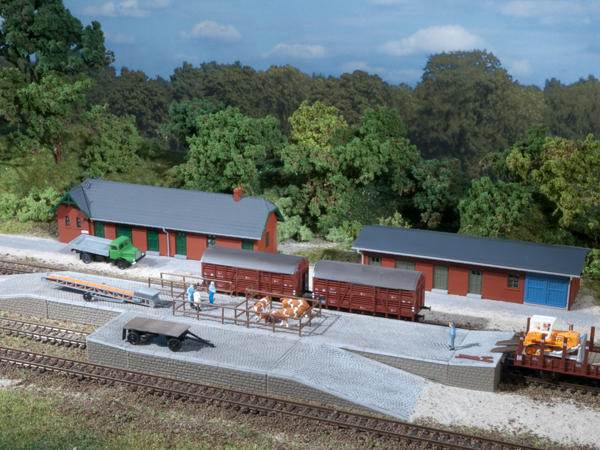 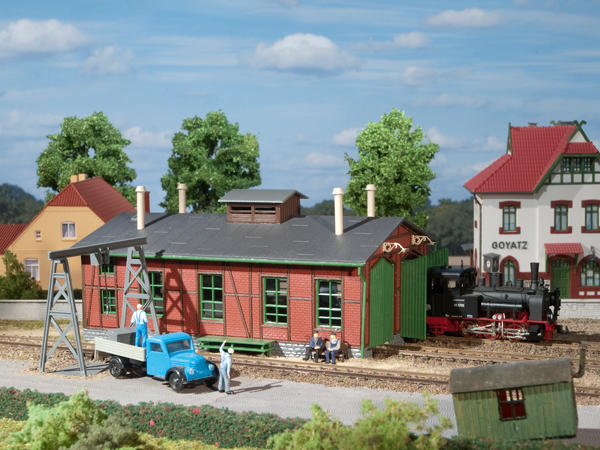 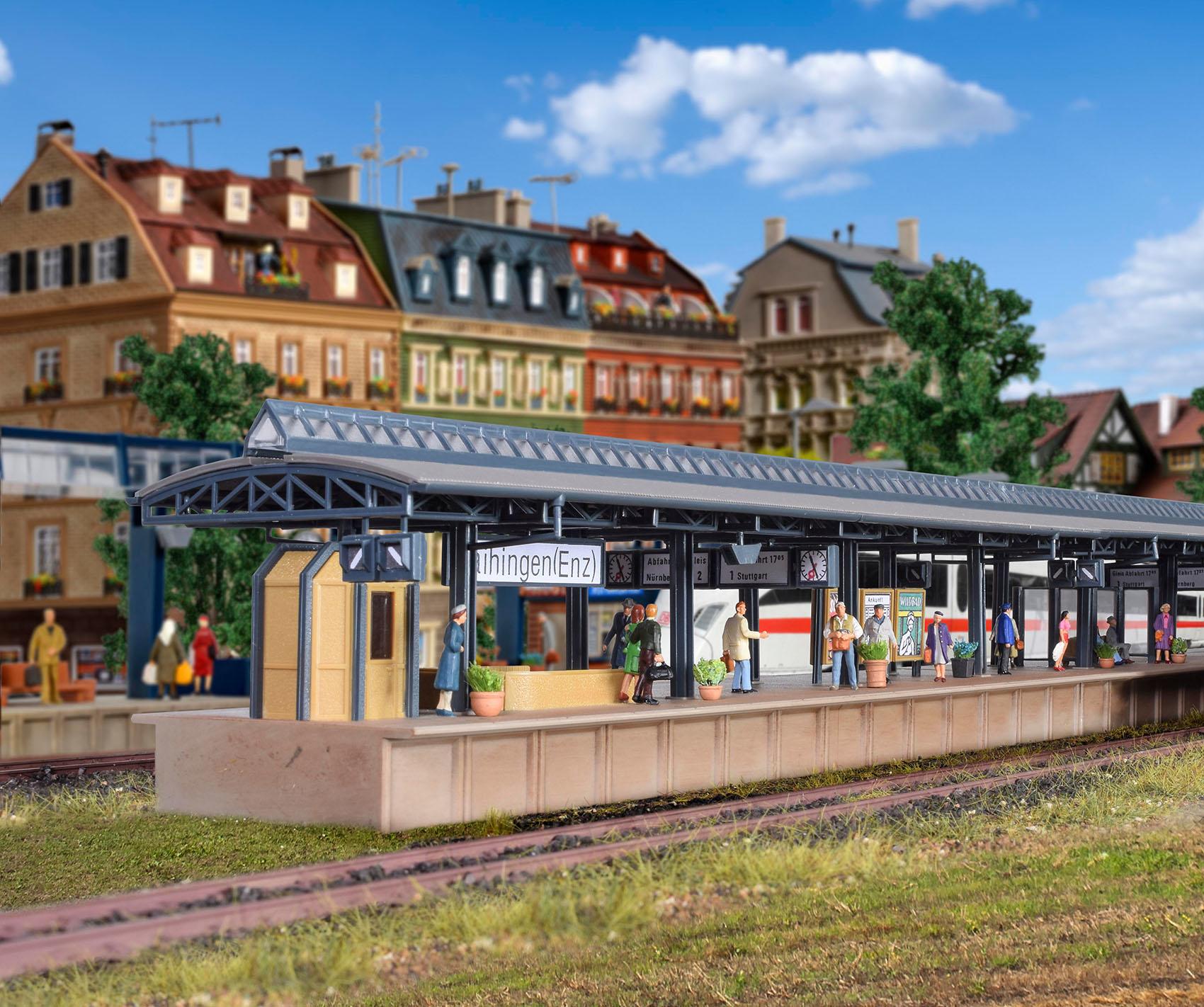 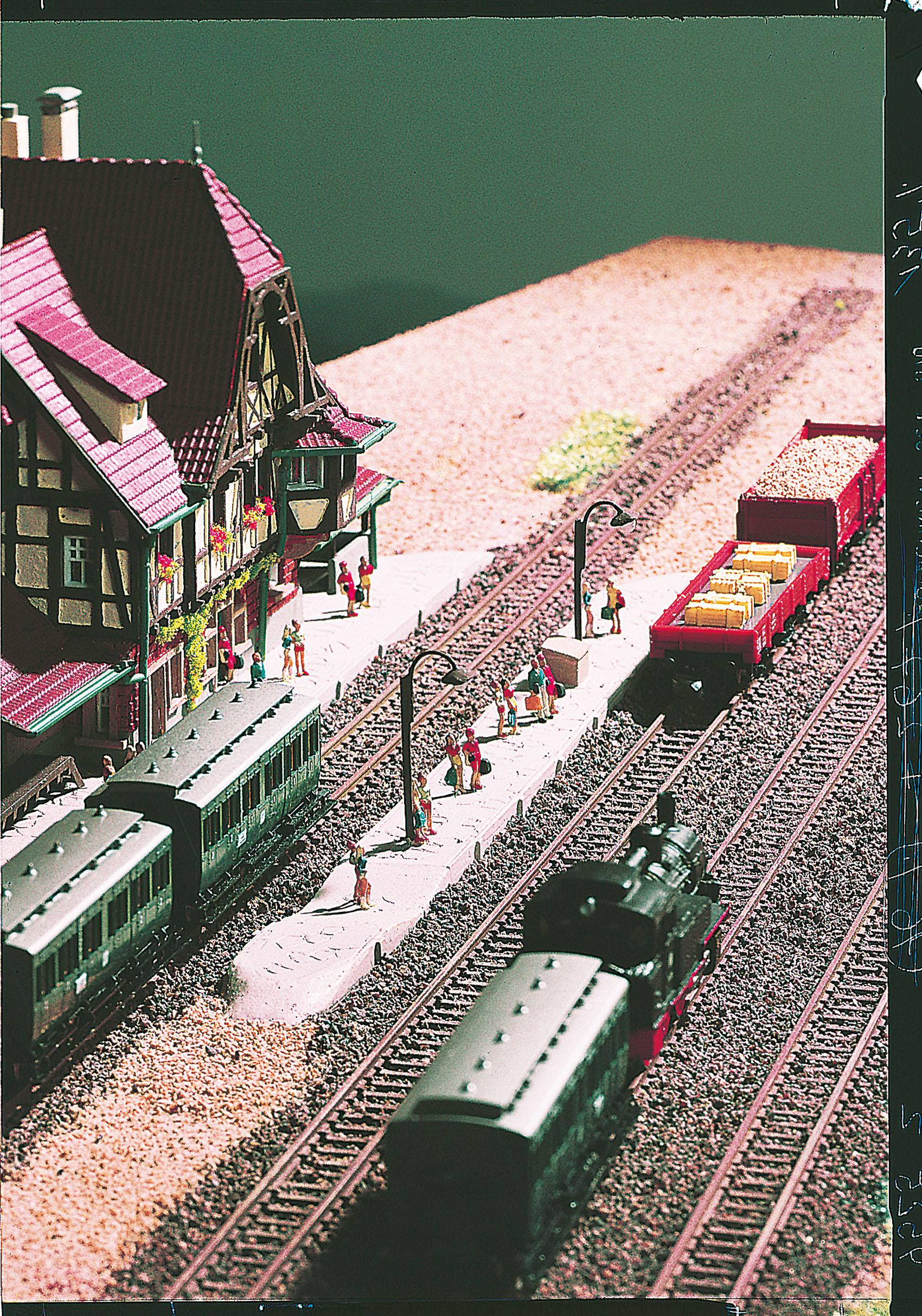 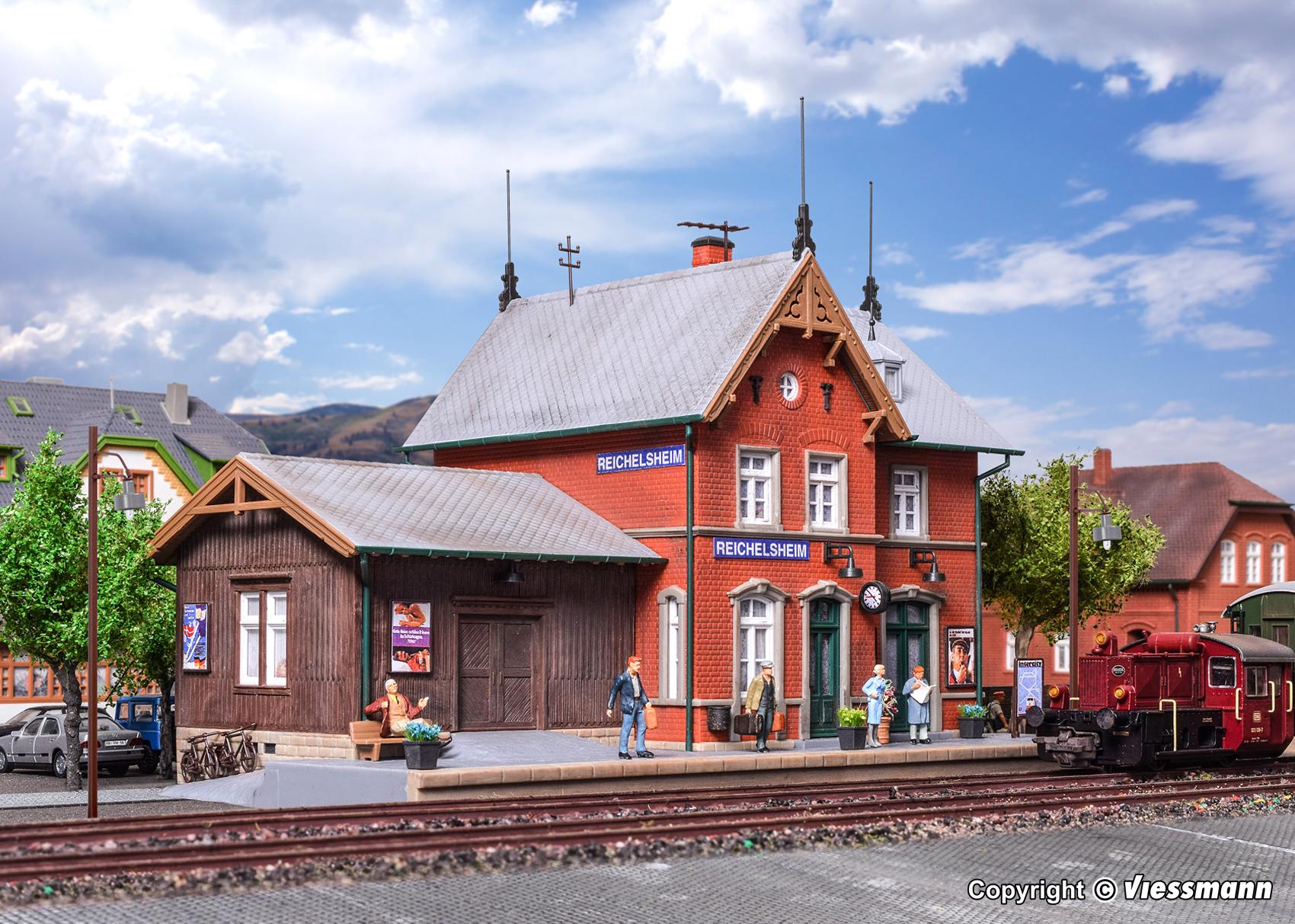 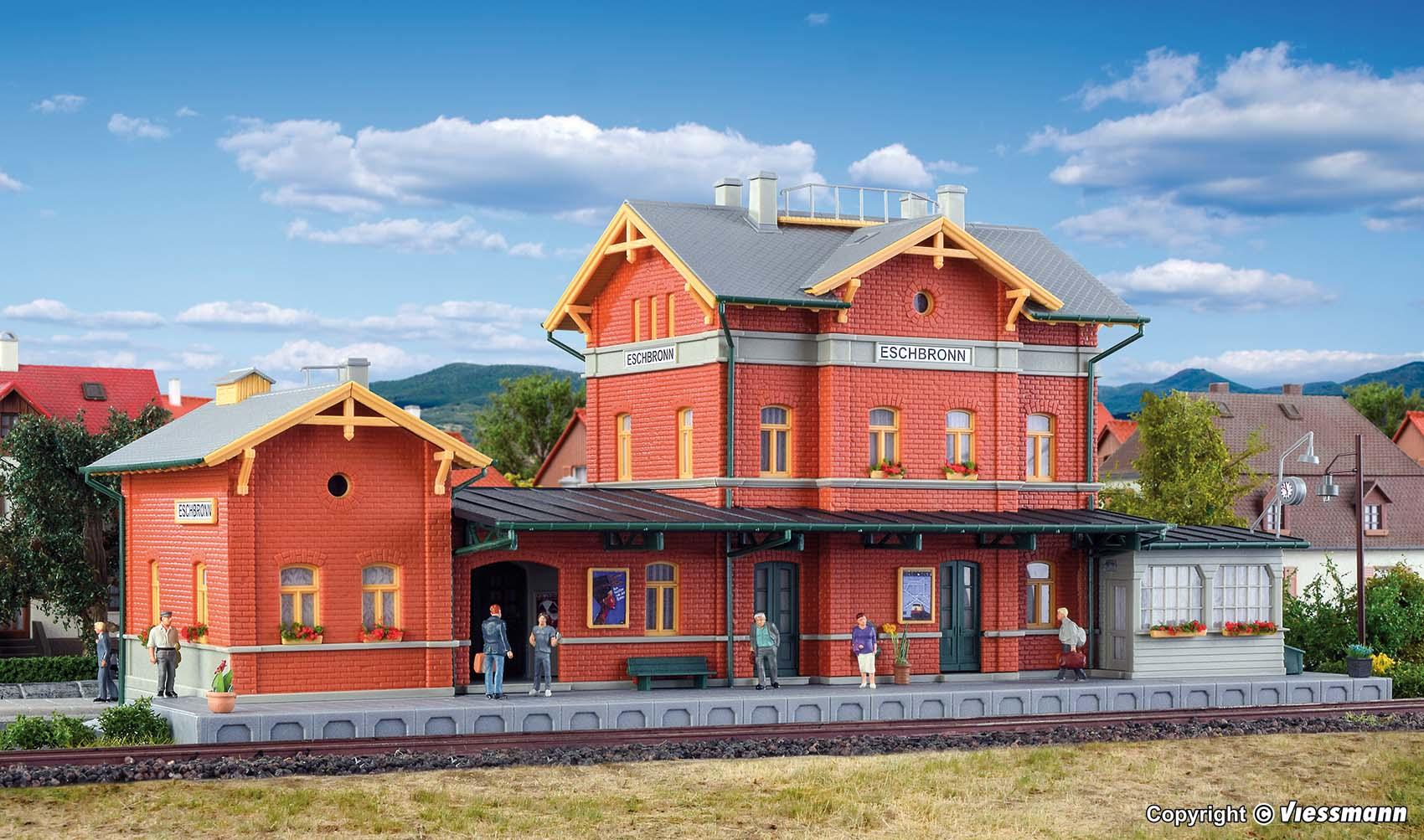 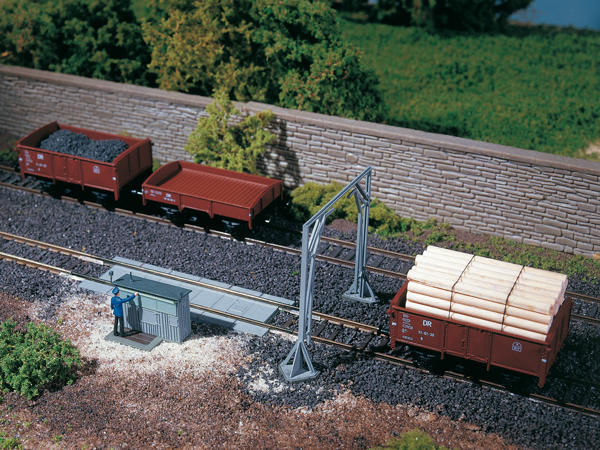 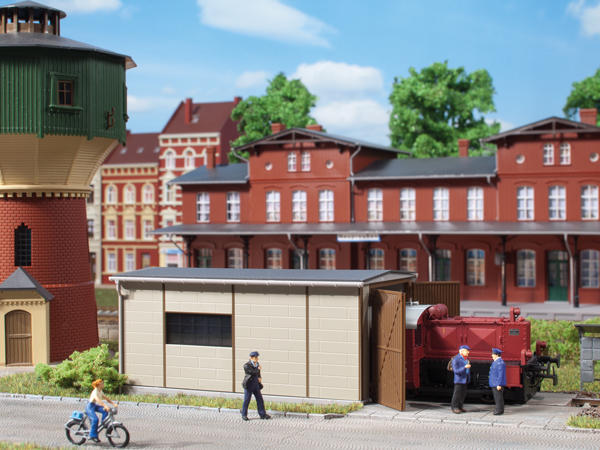 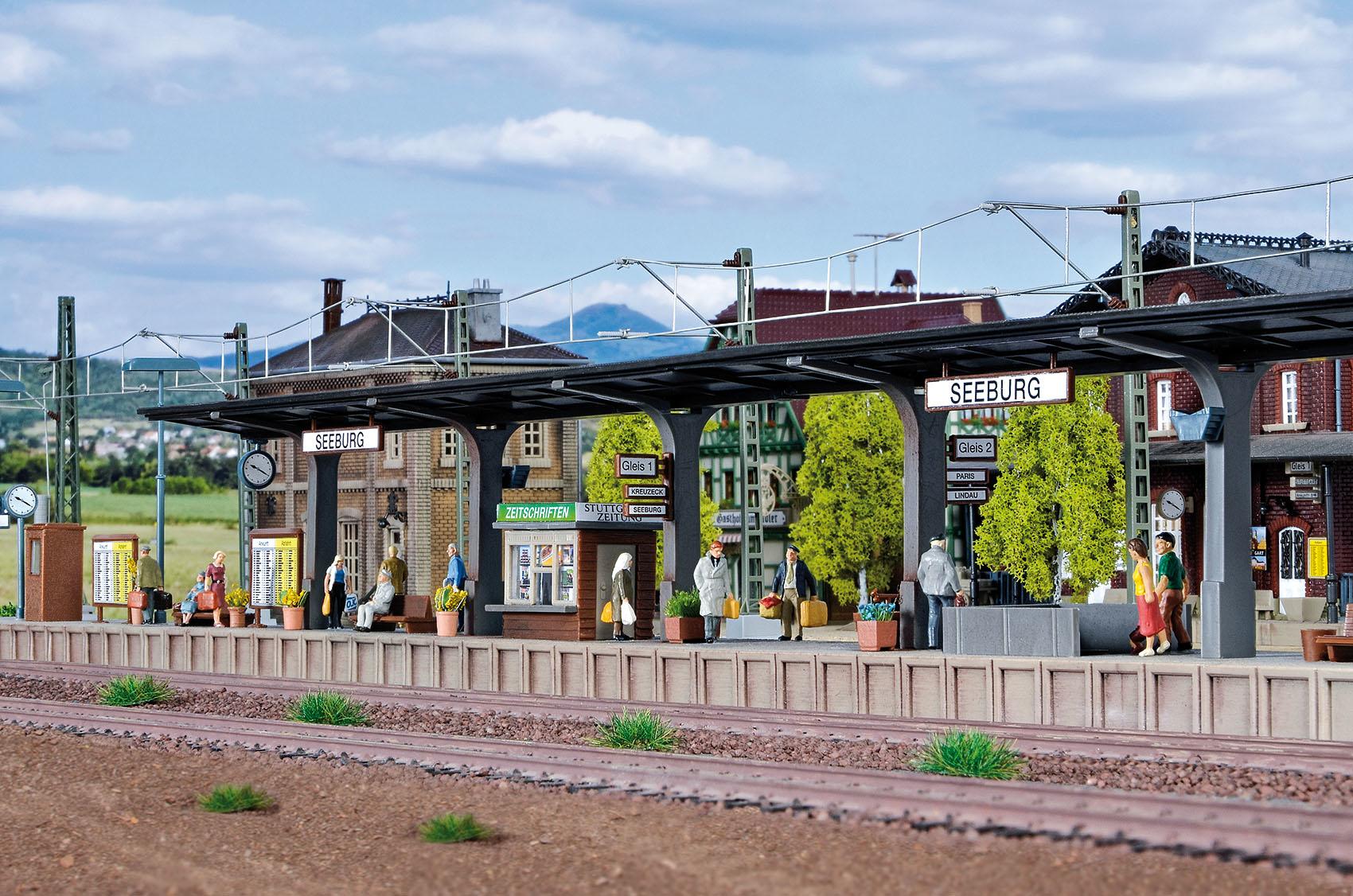 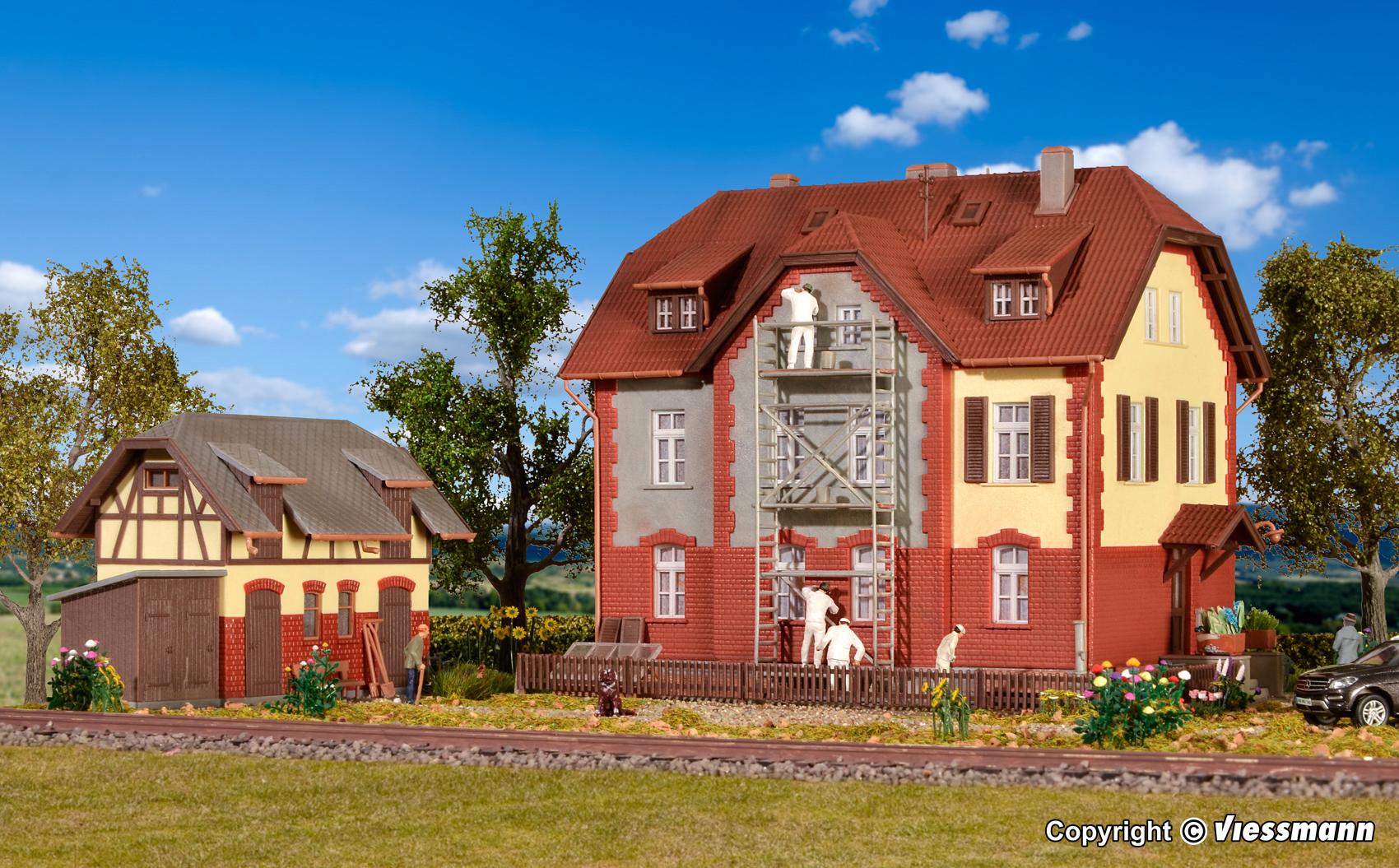 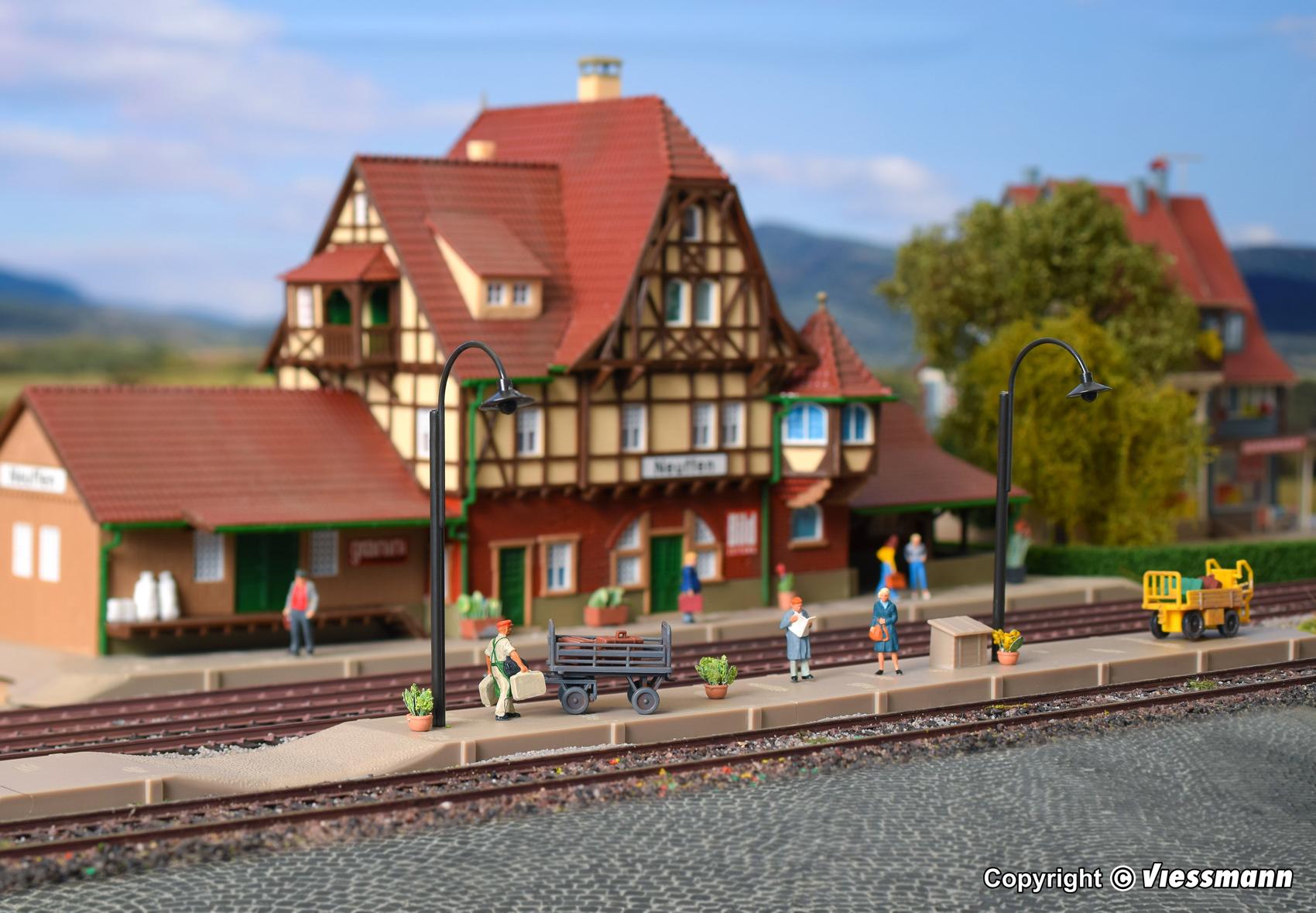