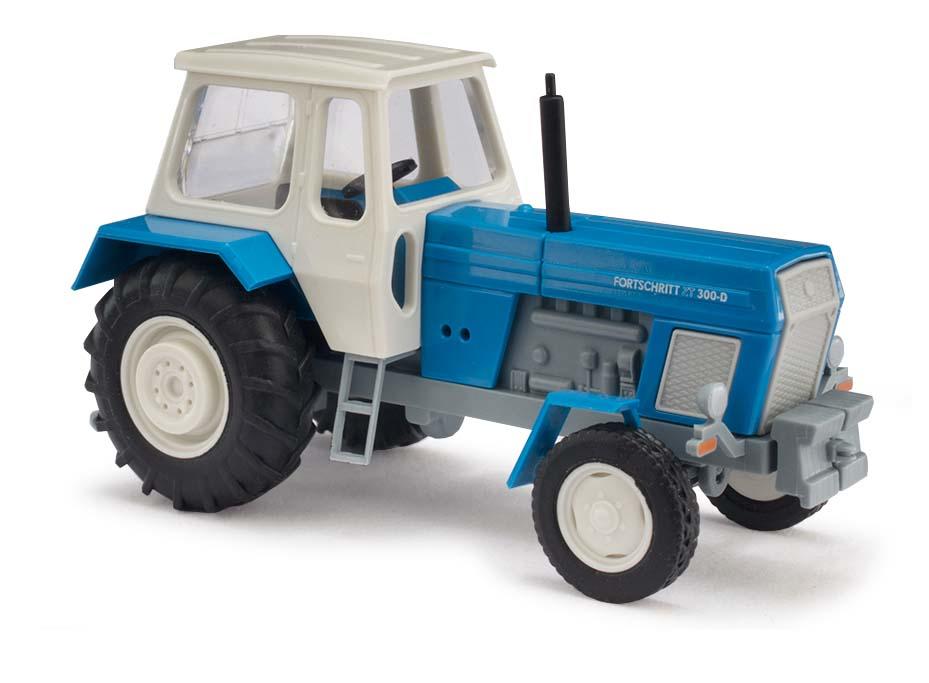 Tractor progress ZT 300
To improve agriculture, the development of a new tractor was established in 1962 under the decision of the Council of Ministers of the GDR. With a target of 100 hp and a traction force of 14,000 kN, the tractor was supposed to reach the "world's highest". The first functional model of the ZT 300 was available in 1964 for extensive tests. In 1967, the ZT 300 was tested by the Central Test Center for Agricultural Engineering Potsdam-Bornim by Dipl. Ing. Erwin Stieglitz and in July 1967 the tests were completed with a positive result. The chief designer Dipl. Ing. Reinhard Blumenthal and the team of the tractor plant Schönebeck have developed the ZT 300 a modern and powerful tractor, which went into production in the same year. At the beginning of the 80s there were a total of 35,000 ZT's, which were followed in 1978 by the improved ZT 320/323, which went into series production in 1984. However, since he did not receive any significant changes other than the appearance, the connection to the world scale was lost.

The following type designations provide information about the model:

C stands for the revised version with 100 hp (previously 90 PS).

D stands for a revised version of the C-series with many details, such as fuel gauge in the dashboard, optional windscreen washer system, retractable lower handlebars on the power lift, reinforced catch frame, just to name a few.

E stands for a kind of "luxury version", a further development of the D series, which was intended exclusively for export to eg France, Belgium, Angola, Vietnam, Spain etc. These models were mainly adapted to the requirements of the country of delivery, for example, Bosch starters and alternators were installed or the hydraulics were made on request tropicalized.

The detailed 1:87 scale miniature with the coarse-grained tires and the perfect shape with crystal-clear contour lines is a special model that should not be missing in any collection or on any model railway layout.