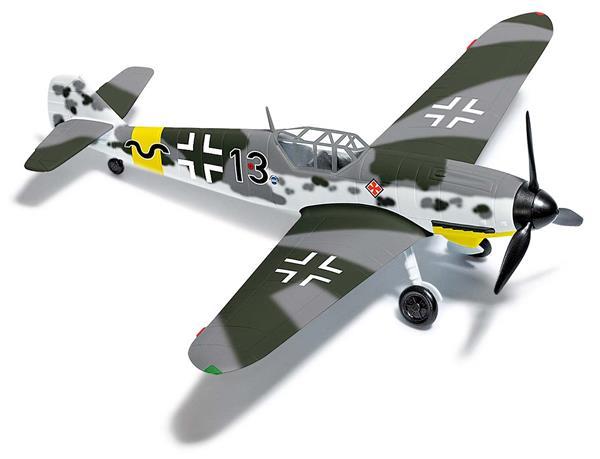 Günther Rall
Born in Gaggenau / Baden-Württemberg on 10 March 1918, Günther Rall grew up in a parental home with a strong Protestant character. From Karls-Gymnasium in Stuttgart, he moved in 1935 to the Napola Backnang (National Political Educational Institution) and put in the following year from his Abitur. Immediately thereafter, he joined as a junior officer in the Infantry Regiment 13. Barely 1 ½ years later, he joined the Luftwaffe as Oberfähnrich and was assigned to the Jagdgeschwader 52 after training as a fighter pilot as a lieutenant.

At Metz he won his first aerial victory on 18 May 1940 - he was followed during the war, another 274 confirmed victories. After a shoot-down in November 1941, he had to be treated in July 1942 in Vienna University Hospital due to a serious back injury. During this stay he met his future wife, the doctor Hertha Schön know. After his recovery, he returned to the fighter squadron and became one of the most successful airmen of the Air Force. This earned him many high honors, stylized him even idol. Thanks to these principles, he was able to pass a lawsuit against him (since his wife in Vienna helped several Jewish citizens to leave the country) without any consequences.

With 273 victories he was considered the most successful fighter pilot of the Luftwaffe and was now with the rank of Major for the defense of the Reich in the West and there appointed group commander in JG 11. The 275th Air victory should also be his last, because he was on May 12, 1944 abge-shot. After several months in the heavy fight against a wound infection, he joined in late 1944 as commander of the General Commanding School of the Fighter pilot. After surrender Rall came into captivity, from which he was released in August 1945.

After various extra-military activities, he joined on 1 January 1956 as a major in the Bundeswehr. The career of highly decorated fighter pilot also went up steeply in the Bundeswehr. In 1970 he was appointed Commanding General of the Air Fleet Command, from 1971 to 1974 he worked as an Air Force Inspector and from 1974 to 1975 he was a member of the NATO Military Committee. But even after his official departure and the official end of his active service on October 1, 1975, he remained loyal to the Air Force. Günther Rall died on October 4, 2009 in Bad Reichenhall at the age of 91 years.