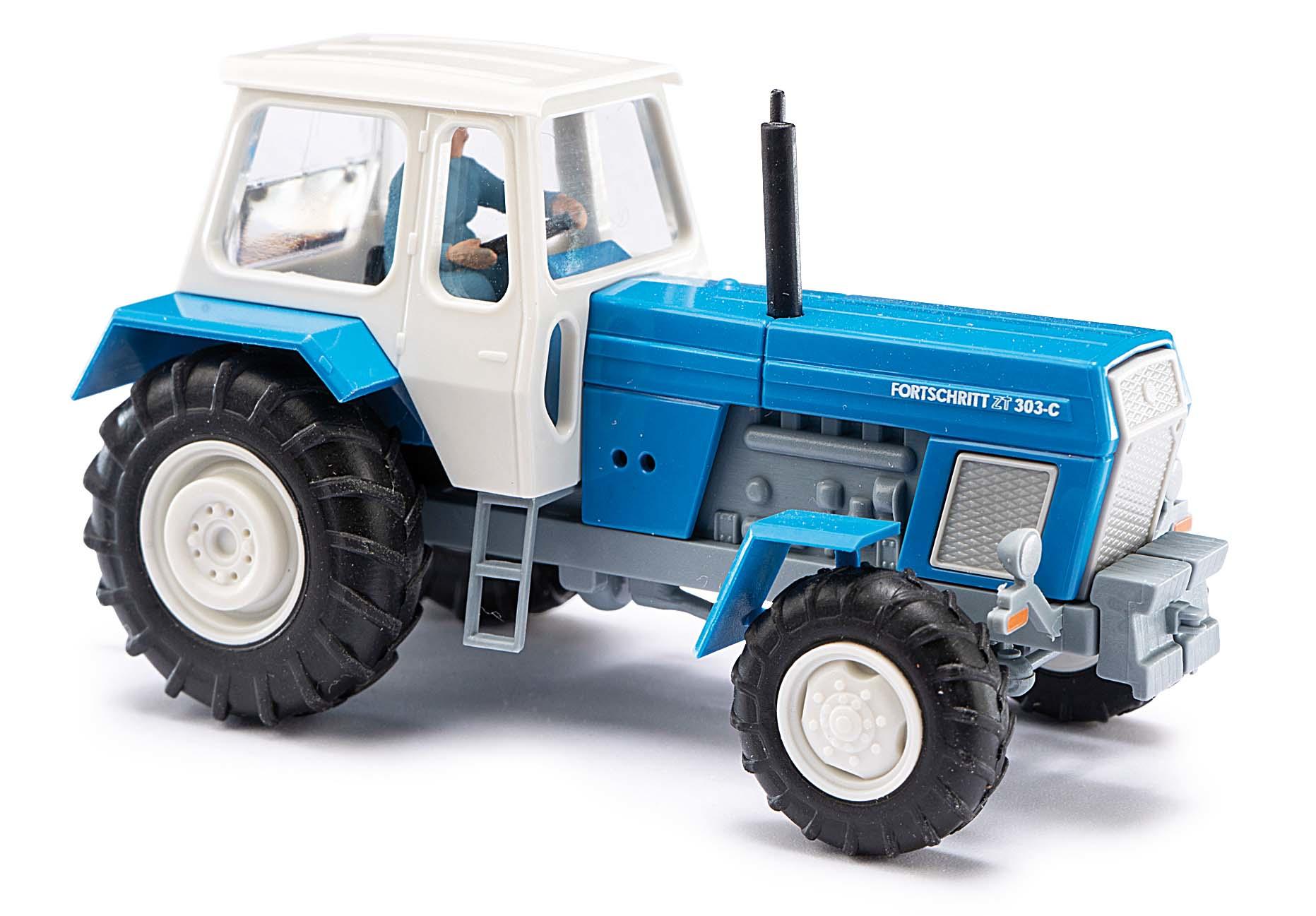 To improve agriculture, the development of a new tractor was decided in 1962 by decision of the Council of Ministers of the GDR. With the target of 100 HP and a tractive force of 14,000 kN, the tractor should reach “world high”. The first functional model of the ZT 300 was then available for extensive testing in 1964. In 1967, the ZT 300 was tested by the Central Testing Center for Agricultural Technology Potsdam-Bornim by Erwin Stieglitz, and in July 1967 the tests were completed with a positive result. The chief designer Dipl. Ing. Reinhard Blumenthal and the team from the Schönebeck tractor factory developed the ZT 300, a modern and powerful tractor that went into series production in the same year. At the beginning of the 80s there were a total of 35,000 ZTs, which were only followed in 1978 by the improved ZT 320/323, which went into series production in 1984. However, since it received no major innovations apart from its appearance, the connection to the world standard was lost.Technical dataengine: 4 VD 14.5 / 12-1 SRW MAN system (4 stroke diesel / direct injection)gearbox: sleeve gearbox with gear shiftable under load / doubleclutch clutch: double clutch DK 80PTO: front, middle and rear, speeds 540 and 1000 U / min with 650 Nm torqueHydraulics: Two-flow radial piston pump Power lift: Automatic control with depth control, lifting power 1800 kp, swivel angle 800Steering: Mechanical hydraulic steering gear type 440 with hydr. Support (laterfully hydraulic steering)Brake system: foot brake, hydr. Inner shoe brake; Handbrake, mech. Band brake acting on brake drum; Hydraulic brake switch for independent wheel brakingElectrical system: Thrust screw drive starter 24 volts, 4 hp, alternator 12 V 500 WTank: 130 litersMain dimensions: length: 4690 mm, width: 2020 mm (with track width 1550 mm), height above. Hood: 1800 mm, wheelbase: 2800 mm, track width: 1550 - 2000 mm, ground clearance: approx. 460 mmVehicle weight: 4820 kg empty weightThe model in 1:87 scale is much lighter but by no means less detailed, even the miniature of a driver - to be precise, a driver. It is not known whether the farmer is driving to work or is coming back from the field, but one thing is certain, she fits the seat perfectly.