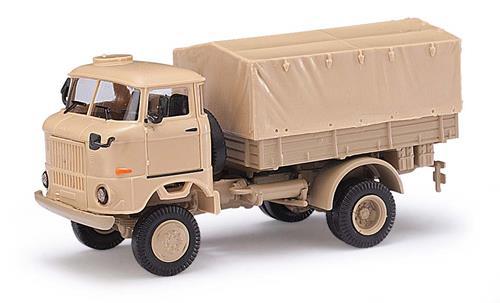 The W50 was designed in over 70 basic versions with different structures. The LA / A was the militarized and all-terrain version of the most important truck series in the GDR.

In the 1980s, a large proportion of the production output in Ludwigsfelde was used for export, in order to generate foreign currency with the vehicles on chassis of the W50 and L60. The vehicles were exported in significant numbers in the military variant to countries such as Egypt, Iran or Iraq. There they were popular due to the low procurement prices and simply stayed behind in combat operations when they were damaged by enemy fire. Vehicles from Ludwigsfelde with bullet holes are therefore not uncommon in photos or reports, for example on the Iraq wars.