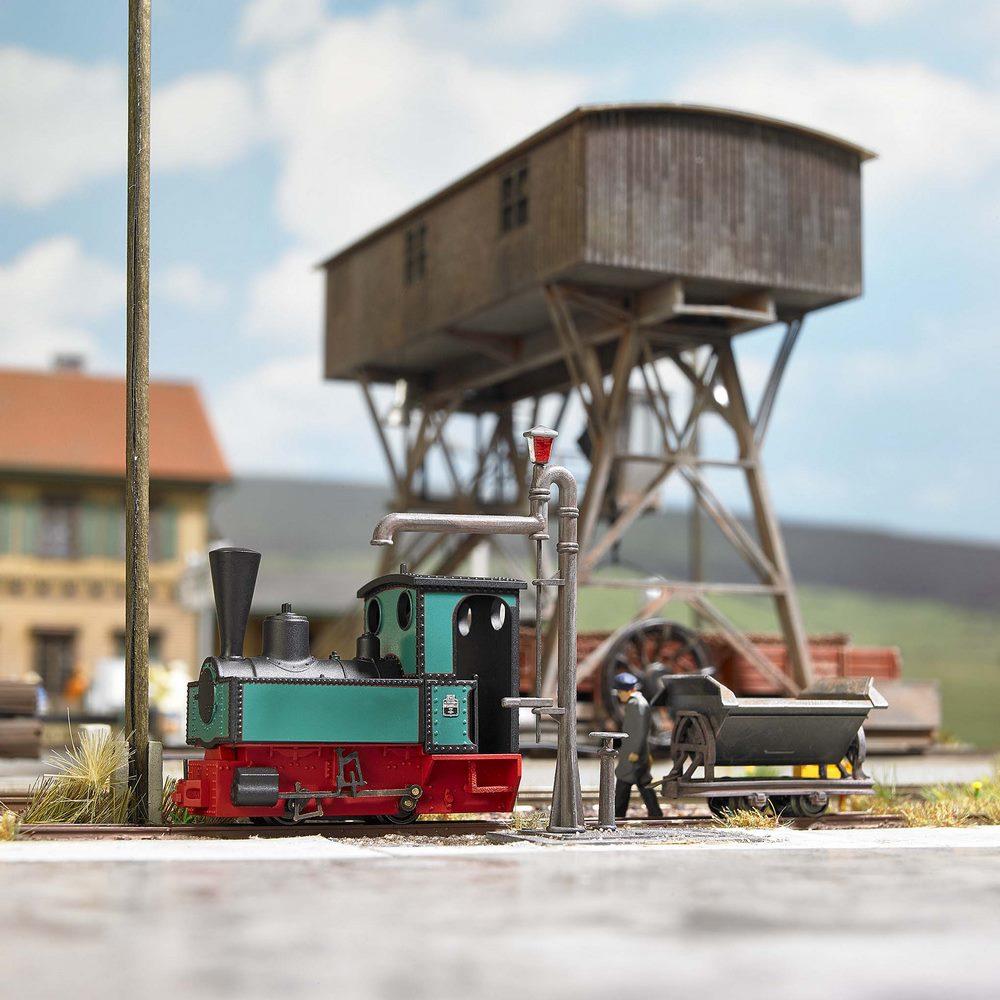 Following the example of the museum loco »Dimitrias«, which has been part of the Feldbahnmuseum in Frankfurt since 1994. Wheelbase B. Length: 42 mm.

The prototype originates from the workshop of the French field railway pioneer Paul Decauville (1846 - 1922), who developed from 1875 its own field railway system consisting of rails, lorries and locomotives. Due to its distribution and long running time in different epochs, this steam locomotive is universally suitable for many applications such as Waldbahn, Ziegeleibahn, tourist train, tram, open pit and Heeresfeldbahn. Today, four of these sturdy locomotives are still in their original condition. One of them can be admired in the Frankfurter Feldbahnmuseum (www.feldbahn-ffm.de). The vehicle from the early 20th century has a service weight of 6.5 tons and an output of 20 hp. Typical are the large water boxes that allow the locomotive a considerable range of action. Many details, such as the design with external frame, are perfectly implemented in the model. The filigree rods are even fully movable. New (larger) wagons for a variety of transport purposes complete this development of novelties, whereby the steam locomotive can of course pull all the wagons from the Busch Feldbahn range.